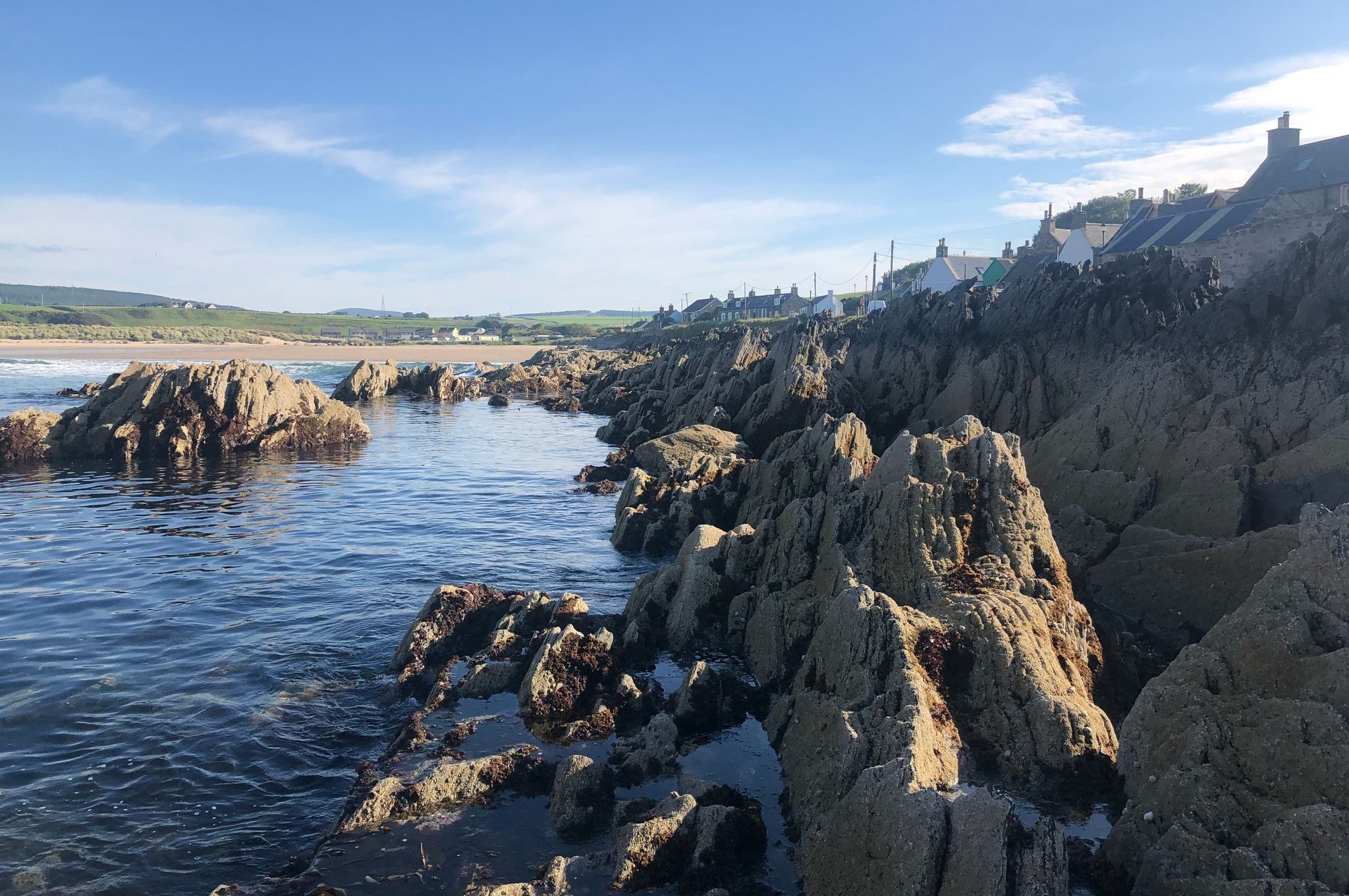 I was lucky enough to get my hands on a bottle of the inaugural release from Skye’s second (legal) distillery, Torabhaig, on its release in February 2021.

The pop of a cork from the other room – the big one with the chairs I’m only allowed to use sometimes – usually means there’s a fire lit, and some snuggles to be had.  I slope through in anticipation, but there’s a tension, a frustration in the air.  On the table there’s a puddle of liquid and Alpha is fussing over it, sighing and muttering.  I walk over slowly and offer to help, he goes to stop me, then laughs, moving his hand back from my face and all of a sudden my nostrils are filled with memories.

It’s a day, long ago, many sleeps, many walks, many meals ago.  We left early in the morning, everyone in the car, with bags and food and the big metal fire box.  The boy pup sucked sherbet lemons for the whole journey, the noise and the smell causing me to fidget until I was ready to leap from the car as soon as the door was opened.  There were new smells, fresh smells, a breeze on my nose and so much to explore.  The ground was dusty, pale, with small patches of long dry grass, rising and falling as far as I could see.  On the wind I could smell others.  And food, so much food.  I couldn’t decide which way to run, so went round in a circle, in and out of everyone’s legs.  They shouted and laughed; everyone was laughing.  This was a happy place.

Amongst the smell of damp wood, there was smoke – sweet smoke and rich smoke – burning, but nice burning.  From one direction a dry mineral, salty smell, with fish; from the opposite direction, richly flavoured plants, wilder and stronger scented than the ones in the garden.  We set off towards the salty smell.  Up and over the powdery ground til the dry grass ran out, and the land levelled off and then stopped.  Water.  So much water.  I ran towards it, then stopped, then started again.  Children were throwing balls and digging.  I ran, we all ran, we chased and chased; after the balls, after each other, after the smells.  So many smells.

When I felt brave enough I ran into the water, it was colder than at home, and smelled different.  Salt and weed, and plants and fish.  It stung me a little, and I splashed until I was too cold, stomping out of the water and back to the land.  The sun was warm on my back, the air was dry and fresh, and the pups had sweet sticky food that smelled of bananas, vanilla, raspberry or lemon.

Later, as the sky darkened and the air cooled, Alpha made fire and we sat.  He cooked fish and meat and fruit and nuts til the air was rich with even more smells.  Roasted, toasted nuts and honey, maple syrup and apple all washing over me as I lay contended on the powdery ground.  I don’t remember much more of that day, I think there was a towel for on the backseat of the car and I dozed all the way home.  The new smells faded, and the old familiar ones returned.  The coffee shops, the bins, the takeaway fish, the damp limestone soil and the metallic smells of the hospital.  Soon we were home and I curled up in my basket.

How can this liquid bring all of this back?  It must be some sort of human magic I’ve never seen before. Bottling smells to enjoy later. What a trick.

Torabhaig is only the second legal distillery to be built on Skye. It started production in 2017 and its first whisky, ‘The Legacy‘ (west coast rockpool; peat, pear, citrus; beach barbecue embers) was bottled and released in 2021.

Legacy may only be three years old, but it has plenty of character. The makers describe it as ‘tempered peat’ with the smoke and sea air being tamed by yellow fruit and dried grass. It reminds me of a deep breath taken over a rockpool, while someone barbecues seafood in the near distance.